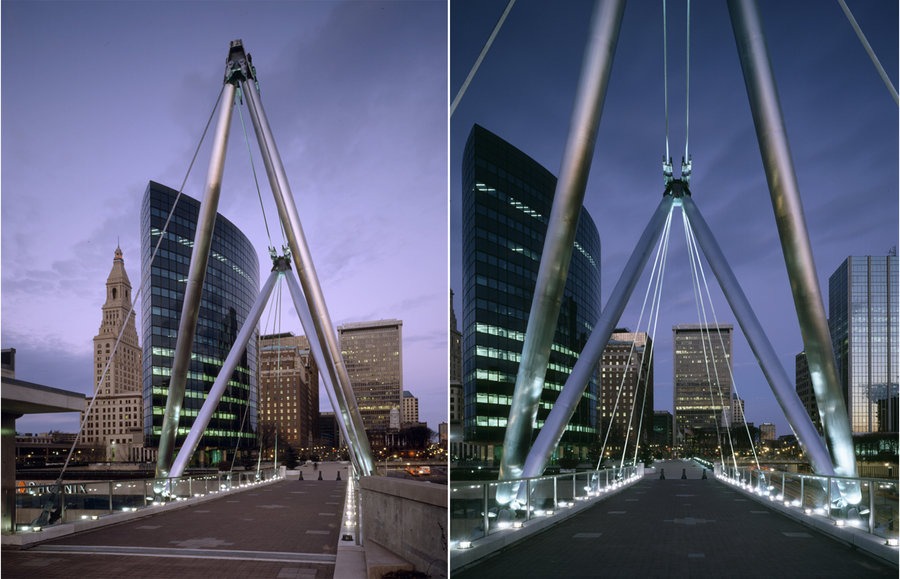 In 1963, the world’s first two-sided office building opened in Hartford, CT. Resembling a giant glass canoe that became known locally as “the Boat Building.” The architect Max Abramovitz designed the 13-story elliptic lenticular cylinder tower. The building was the new headquarters for the Phoenix Mutual Life Insurance Company. The construction of the building was a catalyst for developing Constitution Plaza and the Riverfront. In 2005, the building was added to the National Register of Historic Places.

To learn more about “the Boat Building” check out Nassau Financial Group’s website. 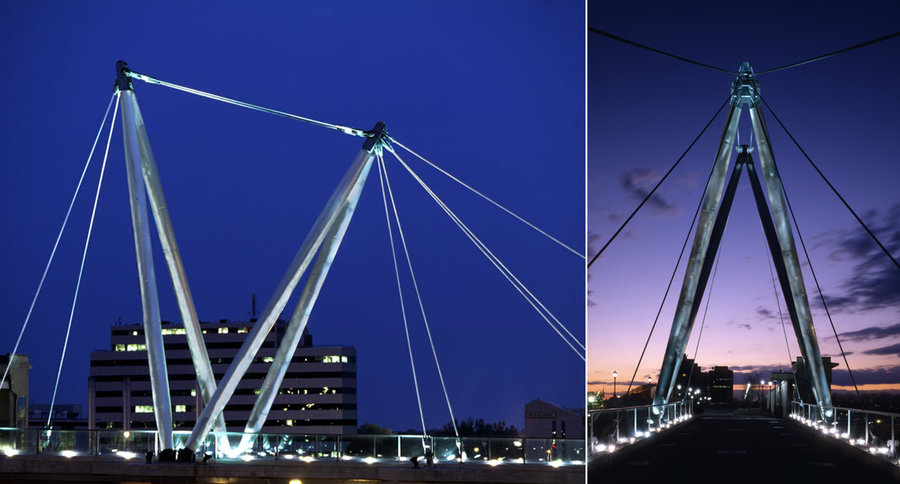 Tai Soo Kim designed the Pedestrian Bridge to provide a prominent pedestrian gateway to and from the Riverfront and downtown Hartford. The sculptural structure is reminiscent of the rigging of an old schooner, appropriate to the area’s nautical history. The cable-supported superstructure, with 57 and 64-foot-high stainless-steel clad towers, rests on a 130-foot span.

DID YOU KNOW: The History of the Charter Oak in CT