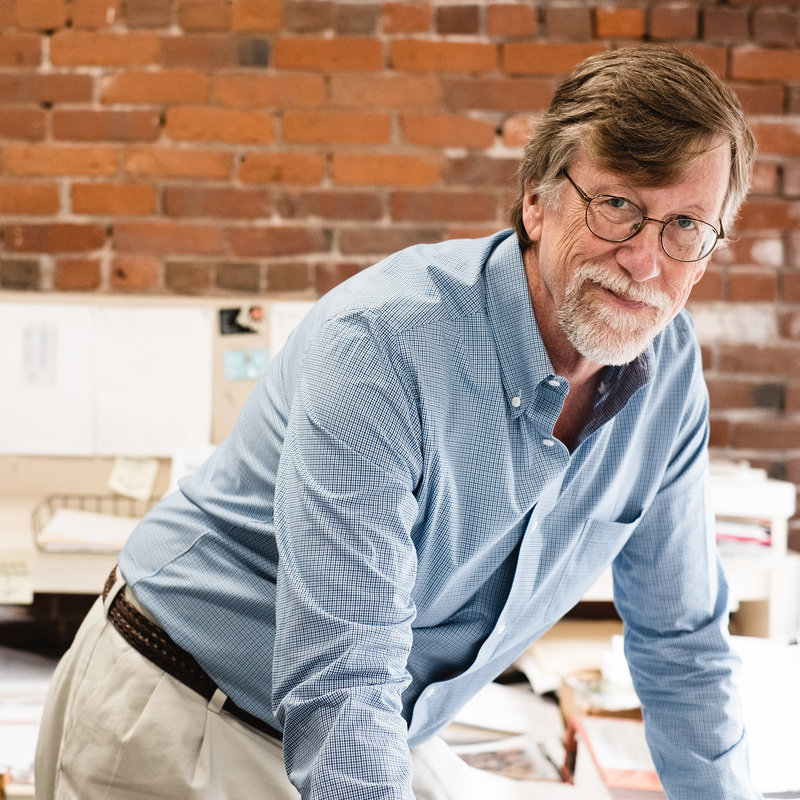 Whit Iglehart spent his early years following his educator father to private schools and colleges in Connecticut, Pennsylvania, France and Sub-Saharan Africa. Boarding school experience at Eaglebrook School and Phillips Exeter Academy reinforced his appreciation for life-long learning. It also nurtured an early awareness of the role architecture plays in the human condition. Watching the construction and later inhabiting Louis Kahn’s Exeter Library proved to be a formative experience. Later at Yale School of Architecture his interest in architecture was further refined into a passion and a vocation. Whit has learned that,

"Great Architecture does not spring fully developed from the mind of an architect. Rather it is the result of a collaborative and evolutionary process between the architect and engaged client."

Soon after joining TSKP Studio in 1985, he became a Managing Partner. Whit serves as Project Director for many of the firm’s largest and most complex projects. He meets the Federal requirements of Historical Architect, having authored applications for landmark and registry status and has worked regularly on the restoration and redevelopment of historic sites. Whit has been involved in a wide array of projects for schools, colleges, and other institutions, often focused on the sciences and research. In the past, he has been a member of the Society of College and University Planners, and has served as AIA Connecticut Chapter President. He brings to his role as an architect a unique ability to listen, to make sense of often wide-ranging concerns, and to transform them into workable, concrete solutions. His accomplishments are rooted in the ability to work well with everyone, as demonstrated by the following words of one client, “Whit listened with precision … showed remarkable ingenuity …. and blessed flexibility.”